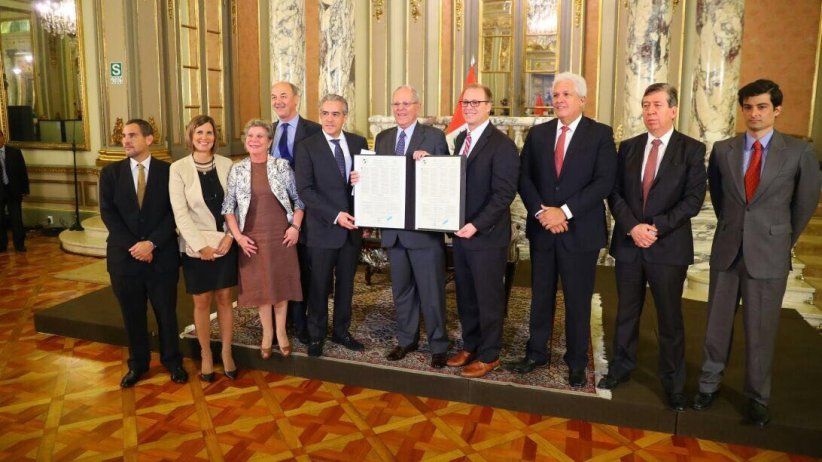 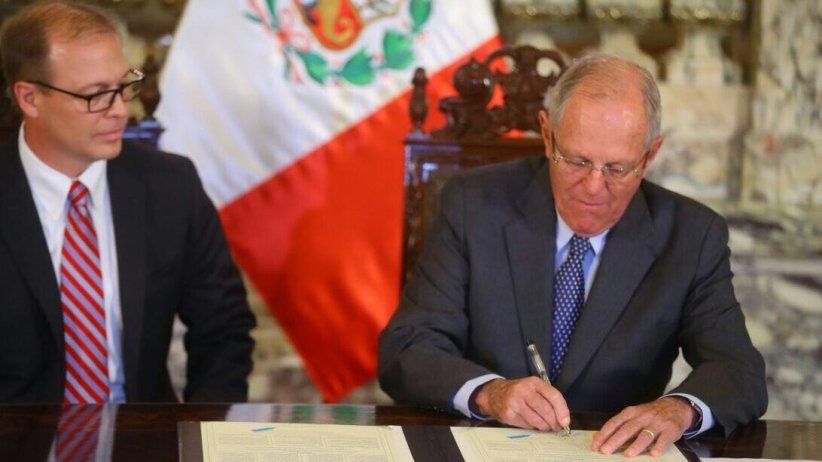 Matt Sanders committed to continue fighting for the public's right to access information in a free, diverse and pluralistic manner.

LIMA, Peru (May 3, 2017)—On World Press Freedom Day* we in the Inter American Press Association are committed to the mission of our founders of more than 70 years ago that we continue redoubling our efforts to promote and defend press freedom, freedom of expression and, especially, everyone's right to access information.

Today we are celebrating in the manner in which the IAPA has been doing throughout its history, working for freedom of the press. We are doing so from this beautiful city, the Peruvian capital, where we wished to initiate our celebrations with a meeting with President Pedro Pablo Kuczynski, who has just signed the Declaration of Chapultepec, a document that commits him to continue to respect and guarantee freedom of the press and of expression for all the men and women of Peru.

That commitment was underscored when the President this morning, at Government House and before the country's leading authorities, citizens and representatives of news media, described himself as a standard bearer of press freedom and declared "concern at initiatives contrary to these freedoms in Peru" and stressed that "we should enter a new chapter of freedom of expression, a matter that is a challenge in this and several Latin American countries."

I celebrate this opportunity that our organization has been the promoter of this gesture for press freedom in Peru, as we have been repeating in other countries and regions, always with the intent of educating and creating greater awareness among the people and the authorities of the value of these individual and social freedoms for the strengthening of democracy. Precisely the Declaration of Chapultepec states in its first principle that "No people or society can be free without freedom of expression and of the press...."

The value of our institution and of others that are dedicated to these principles is that we know by experience that not even in those countries with the highest levels of democracy are these freedoms safe and sound or can be assured. They require constant effort and work for their protection. It is that these freedoms are simply an aspiration and despite the fact that they are reflected in the constitutions of all the countries one must work for them to be able to be seen concretely established in our societies.

Unfortunately, the challenges we face every day and in all the countries are many. The new digital era which has brought great advances for communication also brings us new challenges about which we must be alert in order to counteract them, whether they be bullying on social media, cyber attacks on media, companies and governments, propaganda, disinformation, as well as new problems where principles compete with the same values, such as privacy and national security.

Nevertheless, I wish to stress that we are fortunate to be living in an extraordinary time of revolution of communications, in which the advantages of digital connections are greatly more than the disadvantages.

Today from Peru, on this so special day, our institution wishes to send a message of solidarity and unity to all journalists and news media, which commit us to continue fighting for what keeps us alert – the public's right to access information in a free, diverse and pluralistic manner.

All these documents show us the way and the relevance of freewill, that breath of life that God gave us, and we humans are convinced that it is the necessary tool to create our opportunities and those of our fellow man, and to generate increasingly just, fair and democratic societies.

*World Press Freedom Day which is celebrated on May 3 was established in commemoration of the Windhoek Declaration, a document that contains principles on the defense of press freedom, drawn up in 1991 during a meeting of African journalists inspired by the United Nations Education, Science and Culture Organization (UNESCO).