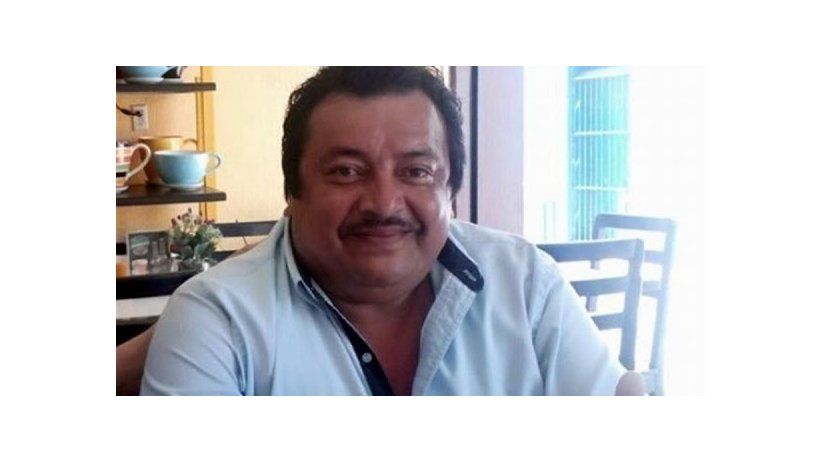 Leobardo Vázquez Atzin is the third journalist to be killed in Mexico this year.

It denounces unending repression of independent journalists in Cuba

MIAMI, Florida (March 22, 2018)—The Inter American Press Association (IAPA) today condemned the murder in Veracruz, Mexico, of Leobardo Vázquez Atzin, the third journalist to be killed in that country this year, and called on the authorities to act with persistence and investigate diligently and in detail in order to learn the motive, identify those responsible and prevent the crime going unpunished.

Vázquez Atzin, 42, was killed yesterday (March 21) at around 8:00 p.m. in the town of Gutiérrez Zamora. According to what was reported by the State Commission for Attention to and Protection of Journalists (CEAPP) it received an anonymous telephone call alerting it to the fact that from a motorcycle a journalist who was at his home had been shot at.

IAPA President Gustavo Mohme condemned and regretted Vázquez Atzin's murder. Mohme, editor of the Peruvian newspaper La República, declared, "The continuation in Mexico of these criminal acts to silence journalists drives us to keep demanding of the authorities conclusive reactions to ensure the safety of members of the press and prevent the criminals from getting away with murder."

The murdered journalist published on Facebook the news portal titled "Enlace Gutiérrez Zamora" in which he reported on various towns in Veracruz, regarded as one of the most dangerous Mexican states in which to work as a journalist. He previously worked for the newspapers La Opinión de Poza Rica and Vanguardia, he was editor and layout man of the newspaper Noreste, co-founder of the magazine El Portal and social communication director of the mayor's office in Papantla, Veracruz, according to local media.

Roberto Rock, chairman of the IAPA's Committee on Freedom of the Press and Information, added that while the motives are unknown "this new murder, the third this year, shows the lack of security in Mexico to freely work as a journalist." In that regard Rock, editor of the Mexican news portal La Silla Rota, said that the issue of violence against journalists is on the discussion agenda of the upcoming IAPA Midyear Meeting to be held April 13-15 in Medellín, Colombia.

Vázquez Atkin's colleagues said that he had planned to ask for protection due to threats received following the publication of criticisms of a notary public and former municipal authorities. According to CEAPP he did not go on to make an official denunciation, however local media reported that he had sought how to obtain protection.

In addition to Vázquez Atkin also murdered in 2018 have been Pamela Montenegro del Real, a video blogger who hosted on El Sillón TV a political satire program in Guerrero, killed on February 5, and Carlos Domínguez, writer of a political column that circulated on social media, murdered in Nuevo Laredo, Tamaulipas, on January 13.

Mohme and Rock also deplored acts of repression against independent journalists reported to the IAPA. The officials of the hemisphere organization declared that "the Cuban regime continues to lack respect for the professional work and the exercise of freedom of expression, of both independent journalism and of those working for the regime's news media."

According to information received two journalists who were working for the government were expelled in recent weeks from their work in Camagüey in reprisal for collaborating with Cuban and foreign independent media. One of those concerned was a professor of journalism and the other was sports editor of the Communist Party's provincial newspaper.

It was also denounced that there continued in recent weeks travel bans, arrests and fines of staff of the Convivencia studies center and of the organization Cuban Institute for Freedom of Expression and the Press (ICLEP).

Iris Mariño, a photographer with the magazine La Hora de Cuba of Camagüey, lost her contract as professor at the Arts School, alleging that the course she taught had been cancelled two months earlier. On March 16 her home was searched by eight State Security agents for "usurpation of legal competency," an offense under the Penal Code punishable by imprisonment and/or fine of those who "carry out acts concerning a profession whose exercise is not duly qualified."