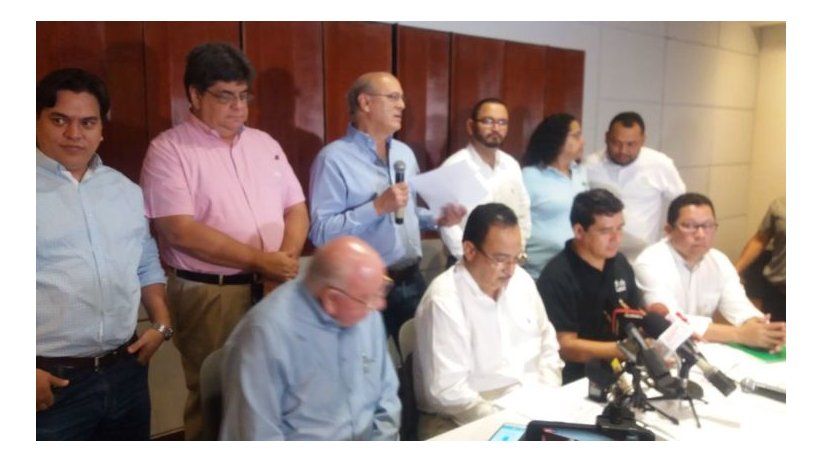 Independent journalists and media call for respect for freedom of expression and of the press and an end to aggressions and reprisals on the part of the government for informing the people.

MIAMI, Florida (May 9, 2018)—The Inter American Press Association (IAPA) today joined a pronouncement by independent journalists and media of Nicaragua calling for respect for freedom of expression and of the press and an end to aggressions and reprisals on the part of the government for informing the people.

The pronouncement, known today, condemns a massacre that left at least 43 people dead in April and demands that "it be investigated by a commission independent of the government" so as to bring those responsible to justice. It also calls on the government of President Daniel Ortega for "full respect of the right to freedom of thought and the right to information," enshrined in the Nicaraguan Constitution.

Gustavo Mohme, IAPA president and editor of the Peruvian newspaper La República, reiterated his condemnation of the acts of censorship and repression noted since April in the Central American country and endorsed "the just demand of numerous journalists and media representatives."

The document repudiates the murder of journalist Ángel Gahona on April 21, the attack on and destruction of Radio Darío, the physical aggressions against theft of work equipment of the journalists covering protests, and the censorship of 100% Noticias, Canal 12 and Telenorte in the town of Estelí imposed by the telecommunications and postal services regulatory body Telcor, which along with other institutions is used by the government as instruments of pressure "against critical media."

The signatories reject these acts which they regard as "practices that should be banished forever" and call on the government and society to apply a policy of zero tolerance of attacks upon journalists.

Roberto Rock, chairman of the IAPA's Committee on Freedom of the Press and Information and editor of the Mexican portal La Silla Rota, backed the request by the Nicaraguan independent press and stressed the need to fully clarify the Gahona murder and the acts of repression against journalists and media.