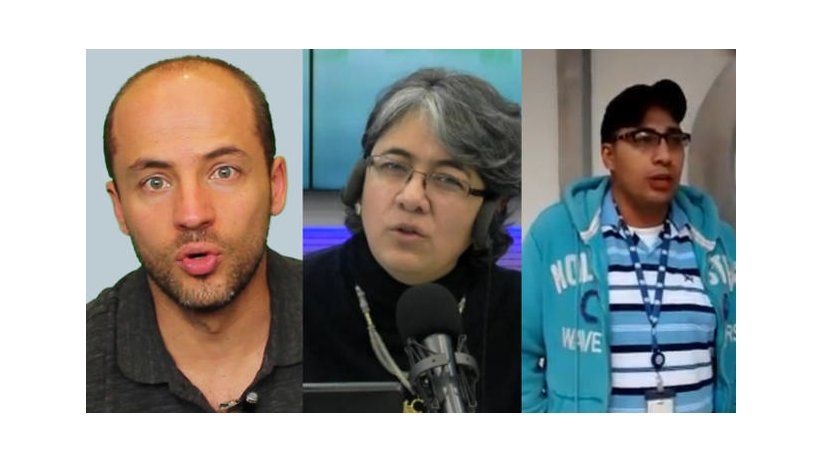 Also stressed the urgency of strengthening the official mechanism for prevention and protection of journalists.

MIAMI, Florida (July 17, 2018)—The Inter American Press Association (IAPA) today condemned threats to journalists in Colombia and urged the authorities there to identify in their investigations those responsible for the harassment and rigorously apply the law.

Gustavo Mohme, IAPA president and editor of the Peruvian newspaper La República, expressed his support for the harassed journalists and condemned "these repugnant acts that are coming from violent people and those incapable of arguing in a democratic manner their differences, and that is why they resort to intimidation and terror with the aim of silencing the press."

Yesterday (July 16) the news team of RCN Radio , made up of editor Yolanda Ruiz and reporters Jorge Espinosa and Juan Pablo Latorre, received at the radio station a threatening phone call from a person who said he belonged to the ELN (National Liberation Army). The incident occurred after the radio reported to its audience about threats made against journalists María Jimena Duzán, Jineth Bedoya and reporters of the magazine La Silla Vacía, received some days previously in various ways.

On July 14, through a pamphlet attributed to the rightwing paramilitary group Águilas Negras (Black Eagles), Bedoya, editor of the newspaper El Tiempo, and the journalists of the news website La Silla Vacía, were declared to be "immediate military targets" and warned that "we are not playing." The following day Duzán, columnist of the magazine Semana, was threatened through the Twitter social network.

The Foundation for Press Freedom (FLIP) has been issuing alerts concerning the increase this year in the number of threats against members of the press – 89 compared to 65 to this date in 2017.

Roberto Rock, chairman of the IAPA's Committee on Freedom of the Press and Information and editor of the Mexico City, Mexico, news portal La Silla Rota, stressed "the urgency of strengthening the official mechanism for prevention and the security of journalists" in Colombia, in reference to criticisms that the National Protection Unit (UNP) "has not been sufficiently diligent" to provide timely protection and has been disposed to reduce security structures assigned to journalists in situations of risk. Among those cases, the FLIP said, are those of reporters Ricardo Ruidíaz (Magdalena Medio region), Catalina Vásquez (Antioquia), Jhanuaria Gómez (Antioquia) and Laura Montoya (Putumayo), who have been intimidated under various different circumstances.

Other incidents were reported on June 14 against Juan José Hoyos, columnist and stringer for the Medellín newspaper El Colombiano, whose home was attacked by unidentified assailants who only stole his computer, a hard drive, a video camera and a photographic camera, but not valuable objects that were in the house.