Downloads
0
0
Tweet
$.-
In the past six months there were produced physical attacks, threats and harassment against journalists that denounced acts of corruption or unlawful activities, which makes clear the need to reinforce the mechanisms of alert, punish aggressors and protect journalists and their sources.
The "Gag Law" that prohibited official advertising in privately-owned media issued by Congress and regarded as the clearest expression of indirect censorship carried out against independent media was annulled by the Constitutional Court. But the voices that promoted it now threaten a new proposal, always with the aim of limiting the journalistic exercise as well as limiting access to citizen information.
The political crisis has damaged credibility in the political class and institutions following the denunciations of corruption involving judges, public prosecutors, politicians and businessmen. The role of the press was decisive in disclosing the implications and the extent and range of the cases of corruption, which was brought as a consequence anti-press reactions such as that headed by the Attorney General's Office and Congress, which even demanded disclosure of the identity of news sources.
Another reprisal against the press was the passage in June of the law that prohibits state advertising in privately-owned media which was accompanied by a campaign to discredit independent media. The "Gag Law," submitted in November 2017 by Congressman Mauricio Mulder and passed despite the observations made by the Executive Branch, was declared unconstitutional on October 11 by the majority of the country's highest court.
In September the Chairmanship of the Council of Ministers, as well as a group of members of Congress, submitted actions of unconstitutionality to the Constitutional Court. The Ombudsman, the National Radio and Television Society and the Juridical Clinic of Pacífico University presented an amicus curiae appeal, claiming the unconstitutionality of the case.
To that are added physical attacks and threats by "factual powers" linked to mafias and/or unlawful activities. These aggressions were produced as a consequence of the investigations carried out to reveal cases of corruption and of denunciations concerning serious offenses, such as drug trafficking or illegal mining.
Other relevant matters during this period:
In June the Peruvian Press Council condemned expressions by then Congress Security Chief Walter Jibaja, who threatened La República reporter Rosa María Palacios through her Twitter account.
That same month a Congress security guard was surprised while taking photos of journalist Anuska Buenaluque of Cuarto Poder while she was holding an interview with government spokesman Gilbert Violeta. Several news media denounced the hiring of Fuerza Popular military men in the Congress's communication offices, from where there was carried out a "campaign of defamation" against journalists, news media and the Peruvian Press Council.
Also in June several media outlets denounced a campaign of defamation against journalists Augusto Álvarez Rodrich, Patricia del Río, Claudia Cisneros, Pamela Vértiz, Raúl Tola, Rosa María Palacios, Sol Carreño and cartoonist 'Heduardo' by Congress Security Chief Walter Jibaja. As happened with the screen capture that some users did of his Tweeter account Jibaja used that means to insult journalists.
In July the Attorney General's Office went to the installations of the IDL-Reporteros to carry out a procedure of exhibiting the documentation related to audios that involve judges and members of the National Judiciary Council (CNM), which the media outlet disseminated. Director Gustavo Gorriti said that the authorities did not have the respective order, for which reason the matter was suspended. Some hours later the Peruvian Attorney General's Office regretted the "nuisances arisen" and declared that the objective was to "speed up the investigations given the gravity of the matter."
Gorriti and Rosana Cueva, director of the program "Panorama," were called upon by the Congressional Audit Committee for them to inform how they obtained the audios that they disseminated.Similarly, different media such as the newspapers El Comercio and La República received privileged information requests from a commission of inquiry led by Congresswoman Rosa Bartra of the Fuerza Popular party
Given this the CPP indicated through a communiqué that while it is legitimate to request the collaboration of journalists to clarify matters under investigation "the protection of the confidentiality of sources is a fundamental element that allows the press to carry out its investigative role."
On July 30 there occurred an attack on journalist Deyvid Rufino Ito Apaza, of Juliaca radio station, in the province of the same name. According to a report published by the ANP he was beaten while covering a clash between drivers on a public highway.
On August 19 Hugo Máximo Gonzáles Henostroza, director of the website www.noticierolibre.com, was attacked by two assailants as he was heading home in Huarez province, Ancash region.
On September 25 Liubomir Fernández, a La República reporter, received death threats on his Facebook personal account. This happened in Puno city after he published denouncements concerning the alleged participation of regional governor candidate Alexander Flores Pari and his family in illegal mining activity.
On October 4 it was learned of the sentencing for the murder of journalist Hugo Bustios in November 1998. Candidate for mayor of Lima and former Interior Minister Daniel Urresti was found not-guilty of the murder, which gave rise to a harsh reaction by the media and Bustios family members. Urresti was said to be part of the group of members of the military at the Castrocampa Counter-Subversion Base that murdered Bustios while he was covering an attack in the Erapata neighborhood in Ayacucho for the magazine Caretas. 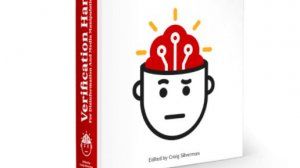