Conclusions of the General Assembly of the SIP in Salta 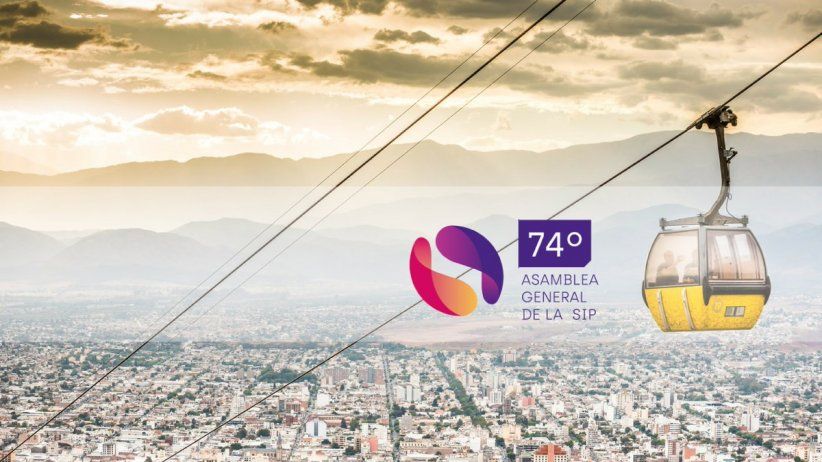 After four days of deliberations in this northern city of Argentina, the Inter American Press Association (IAPA) finalized today its 74th General Assembly with a resume of the main topics that affect the freedom of the press and the freedom of information in the western hemisphere.

The approval of the Salta Declaration on Principles of Freedom of Expression in the Digital Era which expresses the position of the IAPA in the face of the digital environment was one of the most relevant actions in this General Assembly. It would complement the Declaration of Chapultepec, the new document, which consists of 13 principles, is the new tool that allows greater effectiveness to defend and promote freedom of expression in the advance of the new information and communication technologies. It imposes and moderates general restrictions on all the players in the digital ecosystem, whether they be governments, administrative institutions, news media and all kind of technological intermediaries. In particular it calls on governments to abstain from regulating the Internet hastily and in excess; on the judges who make prevail proportionality and due process and become too attached to international human rights conventions in the face of claims; it calls for respect for use of anonymity for users and that under the right to oblivion there not be trampled on the right to collective memory; meanwhile it asks the news media and technological intermediaries to find an adequate balance between laws on copyright and the financial benefits that contents could attract.

The enriching discussions that continued during the four days on the Declaration, finally approved unanimously on Monday, October 22 by the Board of Directors and the members' General Assembly, did not impede there being dealt with other matters of deep concern.

The cycle of threats and aggressions against and deaths of journalists far from subsiding appear to be on the increase. So far this year 30 journalists have been murdered in the region, 20 of them since the last meeting in April, in what is perhaps the most lethal six month period in the carrying out of journalistic activity in the Americas, according to what this General Assembly established. Eight journalists were killed in Mexico, seven in the United States, two in Brazil, two in Colombia and one in Nicaragua. All of them were young professionals who were carrying out tasks of great value for their respective communities, but which were not agreeable for some people, who began to annoy, threaten and attack them, until they did away with them physically.

The insults against the press and journalists, which on occasions take on the character of real campaigns of defamation, have multiplied in several countries, such as Argentina, Colombia, El Salvador, Honduras, Peru and the United States. Particularly serious is this situation when the one who insults or attacks the press is a public official, which in some cases, as in the United States, can be the nation's top official. The picture that is taking shape is one that seeks to impede unfettered activity by journalists, which has an impact on the exercise of the right to freedom of expression.

The threats in many countries have become physical aggression. Thus in Argentina, Brazil, Canada, Costa Rica, Cuba, Guatemala, Nicaragua, Peru and Venezuela members of the press have had to put up with violent attacks, attempts at kidnapping or assaults, often with the destruction of their work equipment. Police do not always react with due speed nor do the authorities take charge of protecting journalists. The omission by the authorities becomes permissive with the attackers

when that does not arouse suspicions about their own intentions. The investigations, of both the aggressions and the crimes, are ineffective or non-existent, which makes even more serious the attack upon press freedom, as the very serious attacks upon journalists remain unpunished for years, until becoming subject to statute of limitations.

The growing political polarization is seen in many of our societies, it can be creating adverse conditions for the practice of journalism. There is no doubt that there has increased the desire to obstruct the work of the press, which is manifested also in numerous forms of preventing access to public information. In many countries what has been achieved is adoption of laws that guarantee such access, but not always do the rules allow unobstructed work to obtain the information. In several countries, such as Haiti, Honduras and Puerto Rico, not yet has there been achieved the adoption of the corresponding laws, despite the promises. The distribution of official advertising continues to be arbitrary or confused in countries such as Bolivia, Chile, Guatemala and Honduras.

There exist numerous legal initiatives which if approved would make the work of the press and freedom of expression difficult. In the Dominican Republic and Colombia there is an effort to oblige journalists to join a guild; in Chile, Costa Rica, Dominican Republic, El Salvador, Guatemala, Honduras, Panama and Paraguay there are in process legislative bills that would introduce various kinds of obstacles to the work of journalists.

In Cuba, Nicaragua and Venezuela the situation of the independent press is disastrous. Shortages are of all kinds, from the lack of newsprint, the uncertainty regarding availability of electric power and the shortage of qualified staff, to the hostility of government officials, the lack of access to news sources and the physical attacks to which are exposed the workers. All this makes it almost impossible to carry out journalistic activities. But even in these conditions, despite all the obstacles, there survive independent media thanks to the heroic efforts of their owners, editors and reporters who make it possible for people to be informed.

As well as the traditional limitations that the press has faced in our continent and in the world there have been added new problems that are being debated in the various countries. One of them is the expected right to oblivion, which after being recognized as such by a European court has been invoked in our region. So far there does not exist a clear nor sole posture, but it has been invoked by petitioners, although without success, in Argentina, Chile and Puerto Rico. In some countries, such as Chile, already there have been submitted bills that seek to regulate this supposed right.

On a more positive note, the government of Ecuador has declared its intention to amend the Communication Organic Law, enacted by the previous government, which would make more reasonable the regulations concerning social communication. Already was eliminated the Presidency's Communication Secretariat, of sad memory. The Inter-American Human Rights Court declared the Colombian government to be responsible for the murder of journalist Nelson Carvajal, which occurred 20 years ago, for the enormous delay of the case, as well as for not having investigated the threats to his family members. The case represents a triumph for the press of the Americas, as it was this Inter American

Press Association the one that brought the case before the Inter-American Commission on Human Rights (IACHR) in 2002.