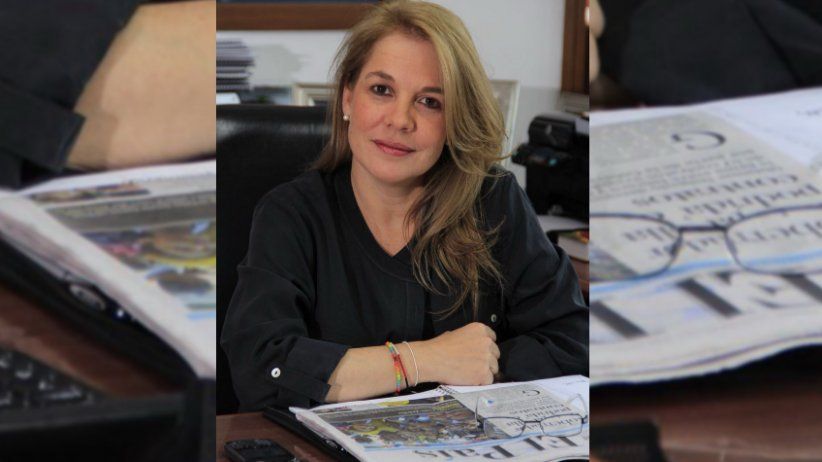 She is the fourth woman to occupy that position in the history of the organization.

The publisher of El País in Cali, Colombia, María Elvira Domínguez Lloreda, assumed today in Salta, Argentina, the presidency of the Inter-American Press Association (IAPA) for the period 2018-2019. She is the fourth woman to lead the hemisphere's main media organization in more than 75 years of history.

Domínguez runs a media group owned by her family. El País was founded by her grandfather, Alvaro Lloreda Caicedo in 1950. She is the daughter of Elvira Lloreda and Alfredo Domínguez Borrero.

Three other women have presided over the IAPA: Argentina Hills, of the newspaper El Mundo de San Juan, Puerto Rico; Diana Daniels, of The Washington Post and Elizabeth Ballantine of Durango Herald of Colorado

In her speech of acceptance of the IAPA presidency, Domínguez Lloreda said that this organization throughout recent history has represented an important support for the media in the face of threats of a different nature from "those who seek our silence" .

¨And in each circumstance the IAPA has been present supporting, informing, defending our freedoms. It was that history of defense, protection, unity and solidarity of the press that led me to approach the IAPA 10 years ago," assured the new president of the organization that represents more than 1.200 independent media in the Americas.

On the other hand, she thanked her husband and children who accompanied her to the 74th General Assembly of the SIP and Salta, as well as her colleagues from El País. She added that intends to follow the trail of other important journalists and publishers in Colombia who have held the presidency of the IAPA as Luis Gabriel Cano, of El Espectador and Enrique Santos of El Tiempo de Bogotá.

Dominguez said that she has to assume the leadership of the IAPA at the time when liberties are being curtailed in countries such as Venezuela and Nicaragua and when, in this year, 20 journalists have already been killed in the region.

She also cited Cuba and Brazil and Mexico as the countries in which the IAPA maintains constant attention due to the seriousness of violations against press freedom and the lives of journalists.

To the list of urgencies added the case of the United States, whose president constantly criticizes the mainstream media and journalists for their criticism, calling them "enemies of the people."