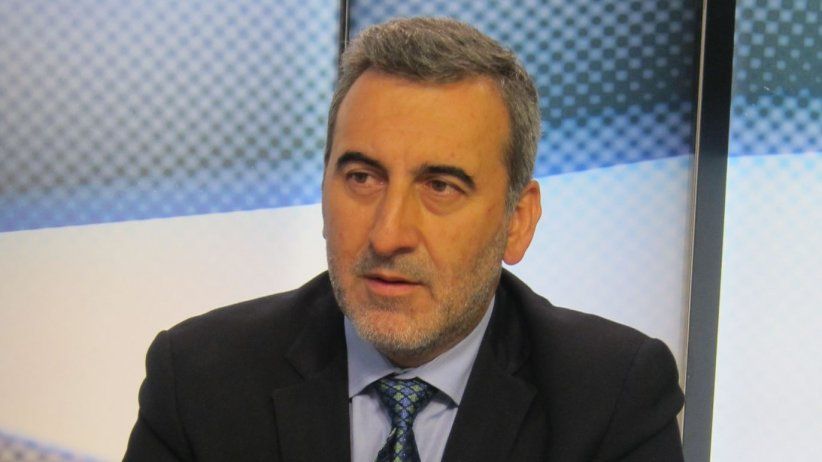 Lanza will receive the Chapultepec Grand Prize 2020 during a special ceremony at IAPA's next Midyear Meeting to be held in Saltillo, Coahuila, Mexico from March 27 to 29.

Miami (November 27, 2019) .- The Inter American Press Association (IAPA) honored Uruguayan lawyer and journalist Edison Lanza, Special Rapporteur for Freedom of Expression of the Inter-American Commission on Human Rights (IACHR), with the Chapultepec Grand Prize for "his dedication and outstanding and decisive contribution to the protection and promotion of freedom of expression in the Americas."

In commenting on the award, IAPA President Christopher Barnes said: "We are pleased to recognize Lanza's excellent work which has contributed decisively to deepening the inter-American legal framework that protects freedom of expression, developed by the organs of the system, as well as by the rapporteurs who preceded him."

Barnes, managing director of The Gleaner newspaper in Kingston, Jamaica, praised Lanza's work as a member of the committee which drafted the initial proposal of the Salta Declaration on Principles of Freedom of Expression in the Digital Age which, approved by the IAPA in 2018, complements the Declaration of Chapultepec.

In the decision to grant the highest award of the organization to Lanza, the IAPA Executive Committee recognizes the impetus Lanza gave to jurisprudence to outlaw the application of criminal law involving dissemination of information of public interest or on public officials.

Roberto Rock and Roberto Pombo, IAPA presidents of the Committee on Freedom of the Press and Information and the Chapultepec Subcommittee, respectively, agreed to highlight Lanza's ability "to always be available to serve journalists and other victims of restrictions and serious violations of freedom of expression during all these years."

"The doors of the Office of the Special Rapporteur and the IACHR have always been open to journalists and media at risk without discrimination," they said.

Lanza has directed the Office of the Special Rapporteur since October 2014. During his second term ending in 2020, several emblematic cases of violence against journalists and communicators have achieved justice.

The Executive Committee highlighted the fundamental work of Lanza to reach sentences in the Inter-American Court of Human Rights for crimes against press freedom, among others, for the cases of journalists Nelson Carvajal Carvajal in Colombia and Vladimir Herzog in Brazil. They also emphasized his role in the decisions in the IACHR in cases such as that of Colombian journalist Jineth Bedoya, victim of kidnapping and sexual violence, and in the murders of Colombians Guillermo Cano and Carlos Lajud Catalán, and Brazilian Aristeu Guida da Silva, some of which were presented by the IAPA to the Inter-American System.

Lanza will receive the Chapultepec Grand Prize 2020 during a special ceremony at IAPA's next Midyear Meeting to be held in Saltillo, Coahuila, Mexico from March 27 to 29. IAPA has given this award to individuals or organizations since 1998 for their defense and promotion of freedom of expression and of the press within the framework of the Declaration of Chapultepec.