IAPA Concerned about Discriminatory Attitudes and Silence of Peru's President 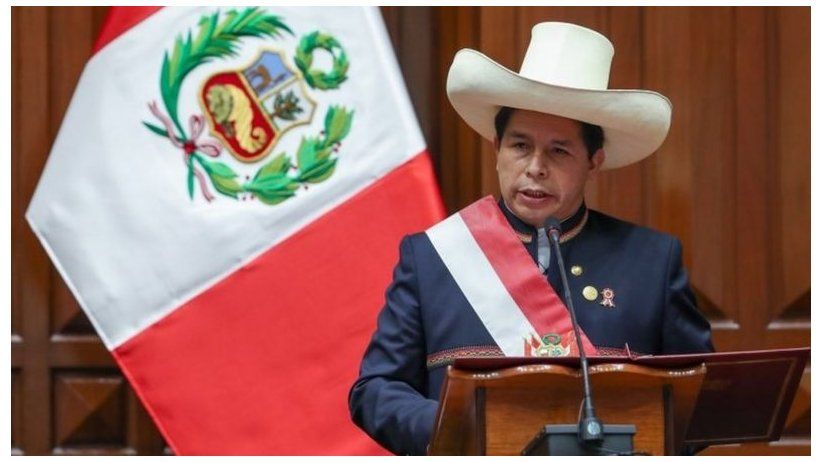 Miami (November 30, 2021) - The Inter American Press Association (IAPA) expressed concern over derogatory statements against the media by the president of Peru, Pedro Castillo. The organization urged him to abandon his silence towards journalists, to whom he has not given interviews since the beginning of his term in office 200 days ago.

During a visit to the city of Arequipa last week, President Castillo threatened not to grant public advertising to media outlets that "distort reality" and insinuated that the media sell their pro-government editorial line in exchange for being assigned a "budget." Castillo made these statements upset by disseminating videos critical of his administration in the media and social networks.

IAPA president Jorge Canahuati, and the Committee on Freedom of the Press and Information chairman Carlos Jornet, stressed that official advertising should not be a government tool to reward or punish critical media or journalists. "These are State funds that a government should administer with transparency and technical and efficiency criteria." They added, "It is important that the Peruvian Congress legislate and regulate how several governments have been using public funds for their benefit and discriminating with official advertising to those media that they consider critical."

The IAPA has defined as corrupt practice the discriminatory governmental use of public advertising both for the misuse of public resources and to try to influence the editorial decisions of the media. Likewise, the IAPA, in a resolution on official advertising, condemned media and journalists who "benefit from these irregular and illegitimate practices or who even become accomplices of these corrupt practices by their conduct."

In a public statement, the Peruvian Press Council (CPP, in Spanish) and the National Society of Radio and Television (SNRTV) emphatically denied that the media had conditioned their position or editorial line to the investment in advertising made by the State. They said that state advertising represents only 5% of their total income.

The Declaration of Chapultepec states: "the granting or withdrawal of government advertising may not be used to reward or punish the media or individual journalists." Furthermore, the Declaration of Principles on Freedom of Expression of the Inter-American Commission on Human Rights states: "the arbitrary and discriminatory placement of official advertising... because of the opinions they express, threaten freedom of expression."

Canahuati, executive president of Grupo Opsa, of Honduras, and Jornet, director of the newspaper La Voz del Interior, of Argentina, also expressed their concern about President Castillo's secrecy with journalists and the media. "We are concerned that the president is reinforcing the trend we denounced in our most recent press freedom report on Peru. Castillo and his government officials limit the access of journalists, media, and citizens to information of public interest and do not grant interviews".