IAPA rejects the "criminalization" of journalism in El Salvador 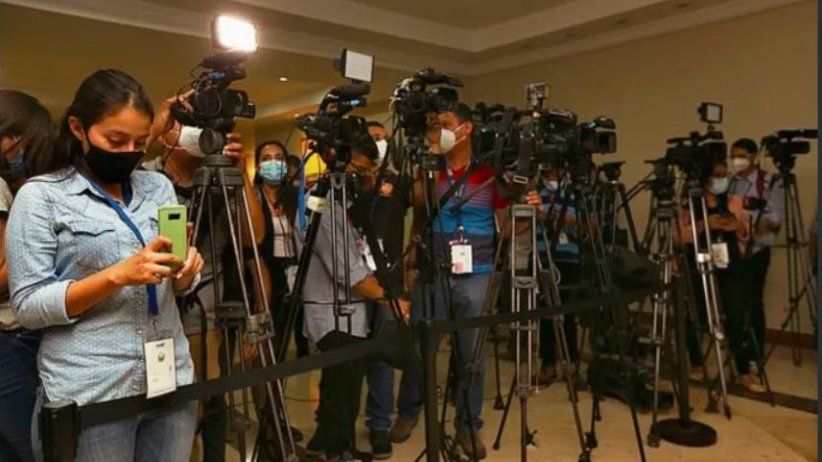 Miami (April 6, 2022) - The Inter American Press Association (IAPA) rejected the recent reforms to the Penal Code and the Gang Prohibition Law, which implies the "criminalization of media and journalists." The organization says it also contravenes constitutional principles and international treaties on freedom of the press and the right of citizens to access relevant information of public interest.

The Legislative Assembly of El Salvador, with a pro-government majority, approved reforms yesterday to the Law for the Prohibition of Gangs, Gangs, Groups, Associations, and Organizations of a Criminal Nature and the Penal Code, based on the intention to curb violence in the country. However, the amendments directly affect journalistic work. It prohibits "radio, television, written or digital media to reproduce and transmit messages or communiqués originated or presumably originated from criminal groups that could generate anxiety and panic in the population." The Law also declares illegal all "texts, paintings, designs, drawings, graffiti and any other form of visual expression, whether on public or private property," that transmit messages related to criminal groups.

The legislators reformed the Penal Code, adapting it to the Law, establishing sentences between 10 and 15 in prison for violators.

IAPA President Jorge Canahuati criticized the reforms as "criminalizing the work of the media and journalists." Canahuati, president of Grupo Opsa, of Honduras, considered it "a legal gag, a direct and prior censorship of the media that will have profound consequences for Salvadoran society." But, he added, "A country cannot block violence by censoring public opinion, since it is precisely in public debate that societies find the solutions to their problems."

The chairman of the IAPA's Committee on Freedom of the Press and Information, Carlos Jornet, said: "It is evident and regrettable that the circumstances of the serious social violence that the country is suffering are used to legalize restrictions and deepen the hostility that this government has demonstrated against the press." Jornet, the editor of La Voz del Interior of Argentina, added that the gag imposed on Salvadoran journalism goes against the constitutional principles on freedom of the press and the international treaties that defend the fundamental rights to expression and information.

El Salvador ranks 18th out of 22 countries in the IAPA's Chapultepec Index, which measures freedom of expression and press freedom. "The Central American country is approaching high levels of restriction, in a context unprecedented in its recent history," according to the Index.