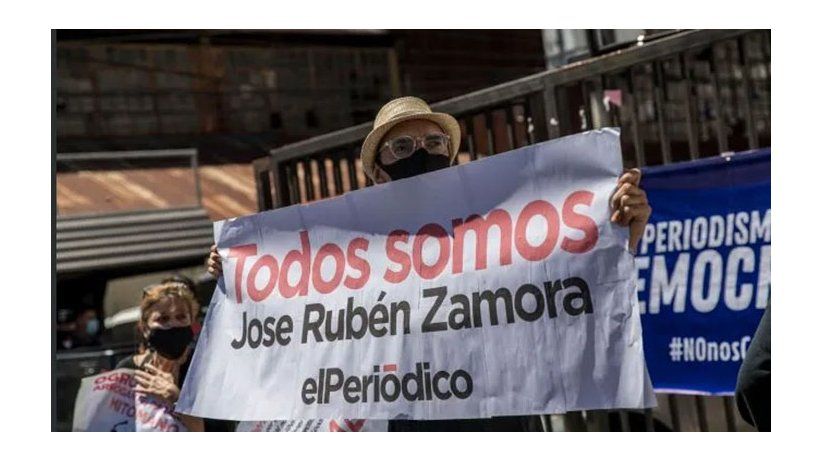 José Rubén Zamora, as media director, joins three members of the board of directors of La Prensa de Managua who are imprisoned.

Miami (August 2, 2022) - The seizure of bank accounts and the raid on the newspaper elPeriódico suggests that the Guatemalan government is seeking to silence this media outlet known for its denunciations of corruption, according to the Inter American Press Association (IAPA). The continental entity once again demanded due legal process for the imprisoned editor of the newspaper, José Rubén Zamora.

The IAPA said that more than 72 hours after his capture, Zamora had not been officially informed of the crimes, and his judicial hearing on Monday was suspended.

"The disproportionate measures against our colleague José Rubén Zamora and his newspaper constitute a serious setback for press freedom in Guatemala and the entire region," said IAPA President Jorge Canahuati Larach, CEO of Grupo Opsa of Honduras.

"We fear that the Guatemalan government is adopting a posture similar to that of Daniel Ortega in Nicaragua, characterized by impunity for violations of press freedom," added the IAPA president.

Carlos Jornet, chairman of the IAPA's Committee on Freedom of the Press and Information, noted that during the raid on elPeriódico, its journalists were held from 3:30 p.m. until 9 a.m. on Saturday, "in a clear sign of intimidation."

"They are trying to intimidate the independent Guatemalan press, and the seizure of elPeriódico's accounts could lead to another illegal act: preventing its circulation," said Jornet, editor of the Argentine newspaper La Voz del Interior.

The IAPA emphasized that the latest events in Guatemala further darken the press freedom situation in Central America, clearly referencing government persecution of independent journalists in Nicaragua and El Salvador.