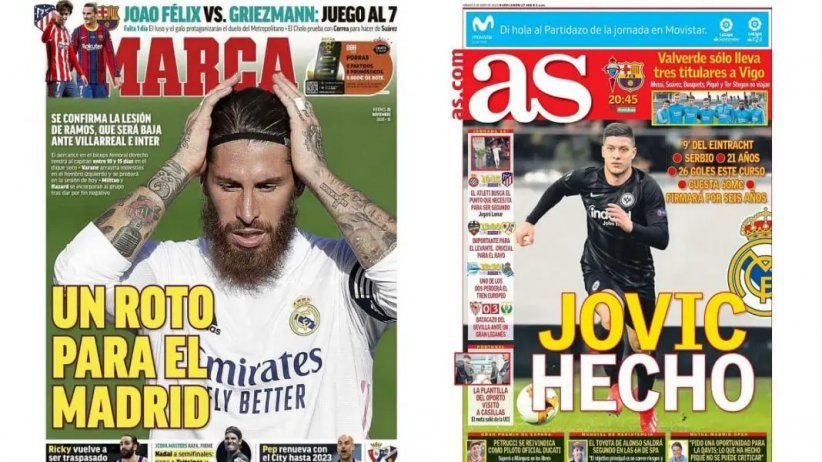 Other panels will get to the heart of the main issues in day-to-day media operations.

Miami (October 12) - As part of the 78th IAPA General Assembly in Madrid, the leaders of Spain's leading sports dailies, Marca and AS, will discuss the technological transformation of sports journalism and soccer of the World Cup in Qatar.

The round table discussion "The World Cup in Qatar: the transformation of soccer and the sports press" will be led by Juan Ignacio Gallardo, director of Marca, of Unidad Editorial, and Vicente Jiménez Navas, director of AS of Grupo Prisa. Both newspapers accumulate millions of readers per month in their paper and digital editions.

See details of the program and registration form for the 78th General Assembly.

The IAPA Assembly, October 27-30, is one of the most important events of the year in the journalism industry in the Americas. The organization's officers will once again meet in person to discuss the state of press freedom with editors and journalists at one of its most critical moments.

At the same time, IAPA will pay special attention to the sustainability of the journalism industry amid multiple obstacles, including the loss of revenue. In addition, other panels will get to the heart of the main issues on the day-to-day operations of the media.

The first day, Thursday, the 27, will kick off with three panels. Organized with Protecmedia, the first panel will present different strategies on the use of data with Roberto Álvarez Vázquez, Chief Data Officer (CDO) of Prensa Ibérica, and Vicente Ruiz Gómez, Deputy editor of Unidad Editorial's El Mundo. Both media conglomerates are among Spain's highest readership.

In another panel coordinated by the Spanish newspaper El Confidencial and the firm Marfeel, the director of this media, Alejandro Laso Moreno, will address how they used "the culture of data as a universal language to align the entire organization."

In another presentation, María José "Pepa" Bueno Márquez, publisher of El País, one of the leading newspapers in the Spanish-speaking world, will offer her views on the newspaper's global audience in an interview format with the executive editor of El País, Borja Echevarría de la Gándara.

Media specialist Mario Tascón, director of the consulting firm Poderoso Volcán, will speak on the media's future in the current economic uncertainty environment. Finally, prominent journalist David González Torres, founder and director of Red de Periodistas, will present "The future of the media may be in the past."

IAPA is a non-profit organization dedicated to defending and promoting freedom of the press and freedom of expression in the Americas. It comprises more than 1,300 publications in the Western Hemisphere and is headquartered in Miami, Florida, USA.