IAPA Concerned About New Propaganda Weapon of the Nicaraguan Regime 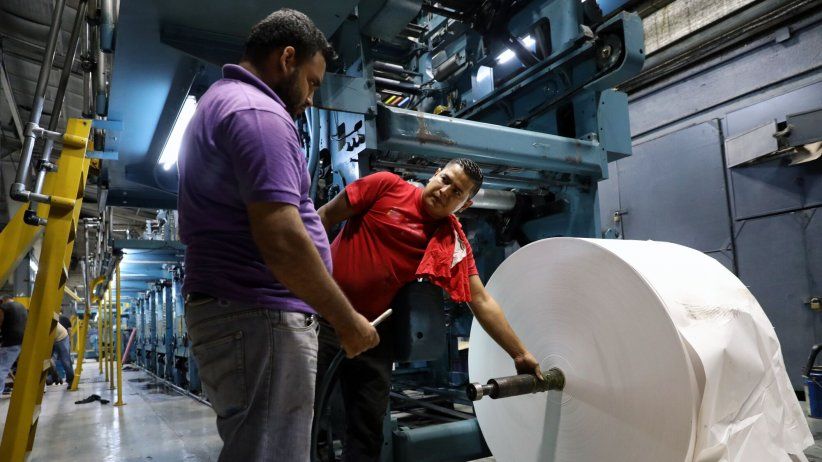 Greenspon: It is alarming that the regime now has the gall to use the media's assets for propaganda purposes.

Miami (January 16, 2023) - The Inter American Press Association (IAPA) expressed concern over the new improper, illegal, and unconstitutional use of the presses and facilities stolen from the newspaper La Prensa by the Daniel Ortega regime of Nicaragua. The organization warned that the government plans to use the newspaper's presses and facilities to open an official media outlet to publish government propaganda.

La Prensa has been published digitally outside of Nicaragua since the government seized its facilities on August 13, 2021. The government is now hiring personnel who worked for the company because of their specialized knowledge of the newspaper's presses and other production equipment and commercial printing press.

IAPA President Michael Greenspon said: "It is alarming that, in addition to having confiscated and stripped the assets of a private company, the regime now has the gall to use the media's assets for propaganda purposes." Greenspon, global director of Licensing and Print Innovation of The New York Times, United States, said: "We are no longer surprised by this regime that imprisons journalists, forces them into exile, and has confiscated property and real estate for its benefit."

The chairman of the IAPA's Committee on Freedom of the Press and Information, Carlos Jornet, said that "a regime like Ortega's is not willing to create a public media so that citizens can receive impartial and transparent information about the government's actions." Jornet, the editor of La Voz del Interior of Argentina, added: "This is a new attempt to use the propaganda machine and lies to continue creating its narrative to deceive the people."

The IAPA continues with its campaign to release Juan Lorenzo Holmann, general manager of La Prensa, and journalists Miguel Mora and Miguel Mendoza, sentenced to 13 and nine years in prison. It also demands that the government annul the sentences of Cristiana Chamorro and Pedro Joaquín Chamorro, members of the board of La Prensa, and journalist Jaime Arellano, sentenced to eight, nine, and 13 years, respectively."

IAPA continues to demand from the government the return of the facilities of La Prensa and of Confidencial and 100% Noticias, the latter two media confiscated in 2018.

Since its founding, La Prensa has suffered closures, the imprisonment of directors and journalists, bombing and burning of its facilities, censorship, customs blockade of its supplies, and the assassination of its director, Pedro Joaquín Chamorro Cardenal, on January 10, 1978.

Article 14 of the Nicaraguan Constitution prohibits property and real estate confiscation. The commercial value of the property seized from La Prensa is estimated at around US$20 million. In its building, the regime installed the José Coronel Urtecho Cultural and Polytechnic Center, run by the National Technological Institute. In addition, the headquarters of Confidencial and 100% Noticias were converted into a maternity home and a care center for addicts, respectively.

The IAPA Chapultepec Index for August 2021 to August 2022 shows Nicaragua in last place of the 22 countries in the Americas analyzed for its performance in freedom of expression and press freedom.

The Chapultepec Index is an annual barometer that measures institutional actions affecting press freedom and freedom of expression in the Americas. The measurement is based on the principles of the IAPA's Chapultepec and Salta Declarations.