IAPA Bot: Press Freedom Challenges in Every Country in the Hemisphere 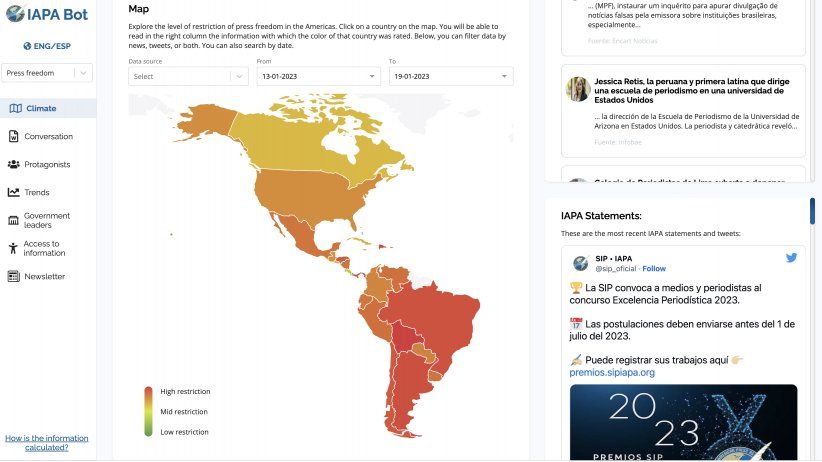 The weekly report on the state of press freedom in the Americas is based on data collected by IAPA Bot, an Artificial Intelligence-based real-time monitoring tool.

The entire American continent, from Canada to Patagonia, was colored this week on IAPA Bot's tracking map. First, Brazil is one of the countries with the worst climate for exercising press freedom because more than 15 journalists were targeted during the Bolsonarista invasion of the three branches of government in Brasilia.

Also, Costa Rica, a country that always appears high on the lists of respect for press freedom, presented shades of restriction on the IAPA Bot map due to the attacks against journalists and media by President Rodrigo Chaves and his officials.

In Guatemala, the editor of elPeriódico, José Rubén Zamora, served six months in prison. In Ecuador, an investigative journalist was sued for allegations of corruption in the family circle of President Guillermo Laso.

The Association of Journalists of Guatemala (APG) denounced, through its Twitter account, that during the three years of the government of President Alejandro Giammattei, 404 attacks against the press have been registered. In Mexico, a year of impunity was reached in the case of the murdered journalist Margarito Martínez.

Finally, UNESCO denounced that the number of journalists murdered in 2022 increased by 50%. In total, there were 86 victims, one every four days. Most crimes occurred in Latin America and the Caribbean, where 44 homicides were recorded.

IAPA Bot also recorded that the topics most mentioned by Twitter users were 'freedom of expression' (653 mentions), along with 'fake news' (398) and 'fake news' (198).

The most influential Twitter account this week was @CitizenFreePress, posting a video of U.S. Senator Joe Machin with this message: "Joe Manchin argues against the First Amendment at the World Economic Forum meeting in Davos: 'The problem we have is the open press system and all platforms.'"

IAPA Bot is an artificial intelligence tool of the Inter American Press Association that monitors press freedom violations in real time. It tracks information published in the media, Google News, Twitter, and from a selection of IAPA notes and denunciations. In addition, it contains a heat map that allows observing the press freedom climate in each country, a button to make complaints and a menu that highlights the statements of government leaders, citizens' conversations, and relevant events.

IAPA is a non-profit organization dedicated to defending and promoting freedom of the press and expression in the Americas. It comprises more than 1,300 publications in the Western Hemisphere, based in Miami, Florida, United States 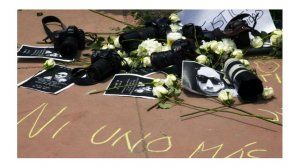