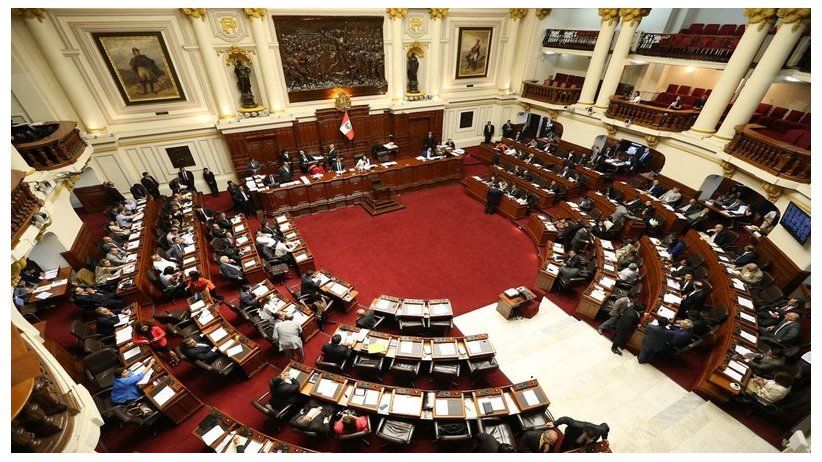 Rejected a legislative bill in Peru that would discriminate against those who could hold executive positions in a news media outlet, calling it a tool for direct censorship of the press.

MIAMI, Florida (March 24, 2017)—The Inter American Press Association (IAPA) today rejected a legislative bill in Peru that would discriminate against those who could hold executive positions in a news media outlet, calling it a tool for direct censorship of the press.

The bill, titled "Law to protect the informational freedoms and rights of the people," was submitted on March 7 to the Congress by members of the Fuerza Popular party. The bill – under review by the Congress Constitution and Regulation Commission – would extend a prohibition to people that "are being investigated by the Attorney General's Office" for offenses of corruption until such cases are closed, so that they can hold management positions in the media.

It establishes that those who have been convicted of offenses of corruption damaging to the government "shall not be able to be news publishers, editors, producers." Neither can they be chairman or member of the board of directors, shareholders, general manager or representative of a media outlet.

IAPA President Matt Sanders declared that "this initiative is alarming, which becomes a legal instrument for an authoritarian government to accuse, name and prosecute a journalist or the editor of a media outlet with the intention of moving aside and silencing him or her."

"Without a doubt this is the biggest dream that an oppressive government can have", added Sanders, senior editor and general manager of Deseret Digital Media, Salt Lake City, Utah.

For his part the chairman of the IAPA's Committee on Freedom of the Press and Information, Roberto Rock, declared that "the bill sets out as the objective to guarantee the right to impartial, truthful, plural and timely information, which was the same proposal used by Presidents Hugo Chávez and Nicolás Maduro of Venezuela and Rafael Correa of Ecuador to adopt communication laws with clauses aimed at creating a strategy of legal and legitimate censorship."

Rock added that through the Communication and Social Responsibility laws not only was legitimized official censorship in Ecuador and Venezuela but also they served for the free and independent press to censor itself and generate a vicious circle whose real victim was the public's right to information.

Rock said that this is a matter that also meddles in freedom to do business and the right to receive and disseminate information. Rock, editor of the Web site La Silla Rota of Mexico City, Mexico, referred to the ruling of the Inter-American Human Rights Court in 1985 saying that to impede any person's access to the full use of the social news media as a vehicle to express oneself or to transmit information is incompatible with Article 13 of the American Convention on Human Rights.

Sanders and Rock expressed their confidence that the Peruvian Congress does not even take up the bill, considering that one would be going back to the dark ages of Peru in which press freedom was hijacked by the Alberto Fujimori government.

They recalled that an IAPA international delegation will be going to Lima on May 3 to celebrate World Press Freedom Day, an occasion on which Peru's President Pedro Pablo Kuczynski will be signing the Declaration of Chapultepec.