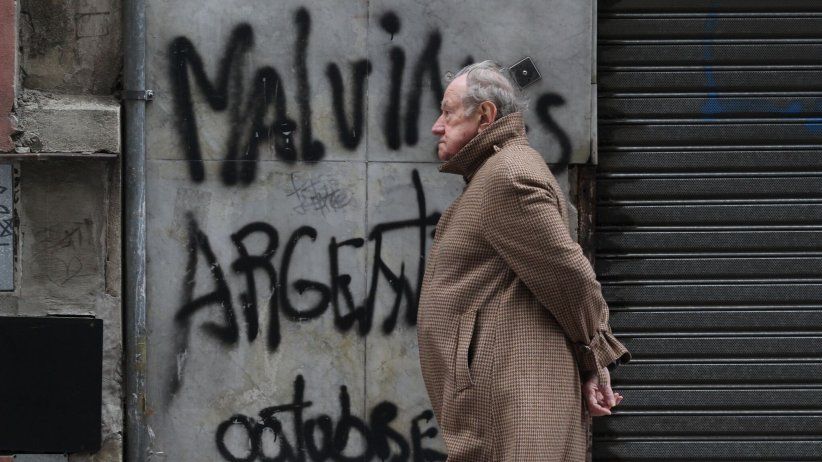 Documentary about former editor's defiance of Argentina's dictatorship now streaming in the US, UK and Ireland

The documentary film about the brave investigative reporting of Robert Cox, former editor of The Buenos Aires Herald, is now streaming on Amazon Prime in the United States, United Kingdom and Ireland.

Messenger on a White Horse film tells the story of Cox's unswerving defiance of Argentina's last military dictatorship. At a time when most local media chose to turn a blind eye to the reports of torture and forced disappearances, Cox and his fellow journalists at the newspaper found the courage to speak out. It was directed and produced by Australian journalist Jayson McNamara.

A short preview of the film was screened at SIP/IAPA's 71st General Assembly in Charleston, South Carolina in 2014.

"The film would not have been made without the support of SIP/IAPA, whose president at the time Pierre Manigault, encouraged me to attend the inaugural meet in Charleston. There, I was able to make contact with members who subsequently helped us get the film produced. I'm very grateful for all the support we received", McNamara said.

"Peter Manigault's unwavering support of Cox and his team in Buenos Aires is fundamental. It has been very gratifying, for instance, to hear journalism students in Argentina asking about Peter Manigault and wanting to understand more about his role in this remarkable story", McNamara added.

From 1976 to 1979, Cox published hundreds of articles about the military's crimes in the pages of the Herald. But his work would come at a cost: the military murdered dozens of journalists in Argentina during its eight-year reign and years of threats and intimidation against Cox culminated in a sinister threat sent to his 10-year-old son in December, 1979.

He was forced to leave the country with his family. His exile would be permanent and the fate of many of the people he tried to save would remain a mystery to him for decades.