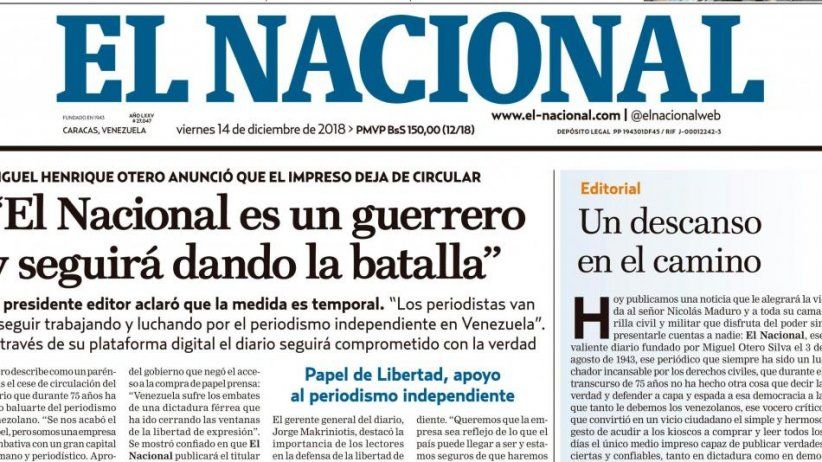 The ruling is "a judicial aberration and an act of revenge."

Miami (April 19, 2021).- On the eve of its midyear meeting, the Inter American Press Association (IAPA) described as a "serious outrage against freedom of the press" the ruling of the Supreme Court of Justice of Venezuela that ordered the newspaper El Nacional to pay a millionaire compensation to Diosdado Cabello, first vice president of the ruling party, for alleged "moral damage."

In its ruling on April 16, the highest Venezuelan court ordered El Nacional to compensate Cabello with about 13.2 million dollars. Cabello sued the newspaper in 2015, after the media replicated a report by the Spanish newspaper ABC in which the former head of his bodyguards pointed out that he was linked to drug trafficking businesses. Cabello denounced for the same cause the newspaper Tal Cual (today only on the internet) and the website La Patilla. El Nacional asked the Court for clarification on the amount to be compensated according to the ruling.

The president of the IAPA, Jorge Canahuati, said that "this new blow against press freedom is not surprising; in a country where there is no institutional independence, the Judiciary is subject to political power, and the government continues with its systematic campaign to end the little independent press that is still alive.

"This sentence is not about the expropriation of a media outlet, but directly about plunder, the use of political-judicial force to usurp a media outlet," said Carlos Jornet, Chairman of the IAPA Press Freedom and Information Committee. He warned that the lack of judicial independence "leads to this type of abuse, to sentences rigged by political interests."

Canahuati, CEO of Grupo Opsa, from Honduras, and Jornet, director of the newspaper La Voz del Interior, from Argentina, agreed that the multimillion-dollar ruling against El Nacional is "a judicial aberration and an act of revenge." They recalled a similar case in Ecuador, when in July 2011 the newspaper El Universo, was sentenced to pay 40 million dollars and its directors and a columnist, to three years in prison, following a libel lawsuit filed by then-President Rafael Correa.

"The honor of the presidency and of senior officials is not worth those figures," Canahuati said, alluding to the fact that the sentence is contrary to what the Inter-American Commission on Human Rights establishes, which in the Declaration of Principles on Freedom of Expression stipulates: "Public officials are subject to greater scrutiny by society. Laws that penalize offensive expressions towards public officials, generally known as "desacato laws," restrict freedom of expression and the right to information."

IAPA officials expressed that the case of Venezuela will be one of the main topics of discussion during the IAPA virtual meeting that will be held from tomorrow, Tuesday 20, until Friday 23. 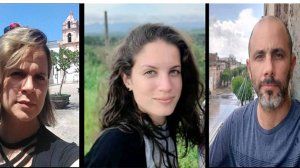