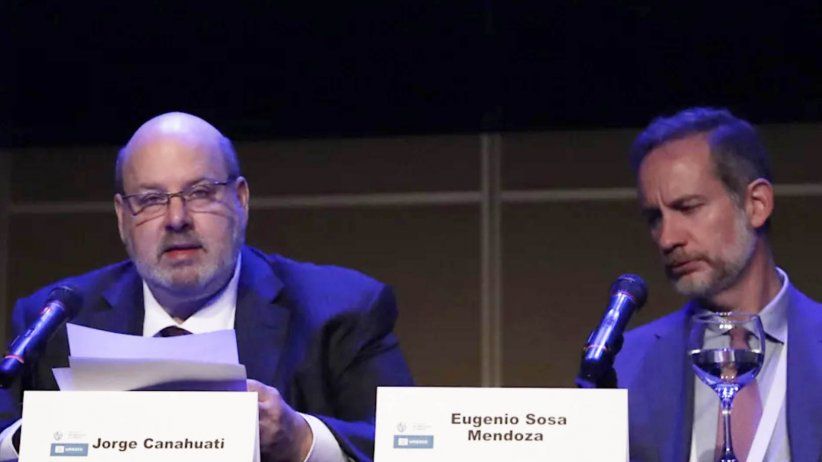 Punta del Este, Uruguay (May 3, 2022) - On World Press Freedom Day, celebrated by UNESCO in this city, panelists from the Inter American Press Association (IAPA) and the International Association of Broadcasters (IAD) participated in working groups on "Viability of the media in Latin America and the Caribbean." They demanded that digital platforms pay "a reasonable, fair and universal price" for the journalistic content they distribute and monetize.

Guillermo Scheck, president of the Association of Newspapers and Periodicals of Uruguay, thanked the United Nations and UNESCO for recognizing that the economic sustainability of the media is necessary for the health of democracy and the coexistence of peoples. He added that in the "historic declaration signed by global and regional press associations, the media called for prioritizing the vital issue of the value of journalistic content on digital platforms." Furthermore, he said that the renewed Windhoek + 30 Declaration, promoted by UNESCO, expresses concern about "the severe economic crisis that represents an existential threat to media..." stressing that "economic sustainability" is "a key prerequisite for their independence."

Jorge Canahuati, IAPA president, said that technological changes have increased the reach of the press but have also "generated enormous economic disparities with global digital platforms, putting the financial viability of the media under enormous pressure."

The IAPA head highlighted the importance of UNESCO's recognition of media sustainability as an indispensable factor in preserving their independence, calling on digital companies to support the media with "inclusive partnership" agreements and "financial measures."

"The biggest problem (for the media) is the migration of advertising revenues absorbed by large digital platforms," Canahuati emphasized.

He added that direct agreements between platforms and media should recognize the copyright of the contents. He estimated that another way is to adopt public policies, as in the case of Australia and Canada.

In addition, he said that journalism "is a public good of the democratic state" and that governments cannot evade their responsibility to create public policies that guarantee the survival of the media. He explained that these public policies must be transparent, non-discriminatory, and not affect the independence of the press".

The president of the International Association of Broadcasting (IAD), Eugenio Sosa Mendoza, about the search for measures to make platforms pay for news content, expressed that "it is time to move from the diagnosis stage to the execution stage."

Marcelo Liberni, from Caracol TV, Colombia, pointed out that due to the influence of algorithms in digital marketing, "the media have lost direct relationship with our audiences in the hands of platforms that decide what is seen or not."

He added that algorithms are not prepared to avoid fake news but to generate engagement and that people stay as long as possible within the platform. He favored regulating business issues and the use and abuse of personal data.

Danielle Coffey of the News Media Alliance, United States, noted that the North American media had greater demand and audiences, demonstrating that consumers want quality journalism that only news publishers can provide.

"But also Google and Facebook distribute our content. As a result, 65% of users don't leave the platforms because they seek to keep users on their sites. However, we are not compensated for their revenue," Coffey said.

She added, "Legislation is ready to present to our governors to include inclusion mechanisms on these benefits, but we need to get society interested in this problem so that the objective of sustaining quality journalism is achieved."

Martha Ramos, president of the Alianza de Medios MX, from Mexico, and national editor of the Organización Editorial Mexicana, affirmed, "Doing journalism costs" and "the contents of the media continue to be (for the platforms) their greatest value."

"If we want to maintain an exercise as such, it is necessary to put a value on our work," she said. "What we are seeing in Canada (government arbitration legislation that allows media and platforms to negotiate the price of news content) is a big step because they are setting clear rules for everyone."

Juan Andrés Lerena, executive director of AIR that radio and television have a regulatory disadvantage and advocated for an adaptation of regulations "so that we are allowed to compete on equal terms against all these new media."

Ana María Urrutia, another IAD executive who moderated a panel, said, "The media are the most effective antidote to the scourge of false information and news. But, unfortunately, platforms use our content but do not recognize a fair price for it."

Carlos Jornet, chairman of the IAPA's Committee on Freedom of the Press and Information and editor of La Voz del Interior of Córdoba, Argentina, said that the development of quality journalism "depends to a large extent on the existence of solid media."

"The financial health and economic independence of a media outlet are necessary conditions for exercising freedom of the press," he added.

He recalled that the crisis of the media business model was accelerated by the pandemic and new technological developments, especially with the big global players. However, he pointed out that many governments expedite the deterioration of media with measures that stifle the sector. "The political intentionality is evident," he said.

"In a war of silence, governments such as those of Cuba, Venezuela, and Nicaragua are launching attacks against press freedom. However, in Latin America, the battle for sustainability should not be fought only with economic measures," Jornet emphasized.

He called for "a common front against the desertification of information." He added, "The fragility of the media leaves them increasingly exposed to political pressures and harassment by autocrats."

"The bill has three pillars: freedom of expression, transparency of nations, and accountability. The bill's spirit limits the massive exchange of automated messages, regulates authorities' accounts, encourages self-regulation of technology companies, and creates reports every six months," he noted.

He added that advertising and remuneration for news content are vital points of the law and recognize remuneration as a newspaper right.

"We advocate Australian law and a free negotiation with the arbitration. You have to look more at Canada, Australia, and Europe regulations. All over the world, the strategy of technology companies is the same; they threaten to leave the country and confront the media. Let's not allow them to divide us," said Bechara.

Paul Deegan of Canada's News Media Canada said, "We are fortunate that Prime Minister Justin Trudeau valued the value of journalism in recent times through legislation and tax credits."

"We are following the Australian model and incorporating arbitration. The law is going to be passed in June. We are very pleased with this legislation, and we think it is a balance between the needs of the media and that of the platforms," he added.

Daniel Dessein, president of the Association of Argentine Journalistic Entities and IAPA regional vice-president for Argentina, said that agreements were signed with Google and then with Facebook in his country.

"More than 80 media outlets signed with Google and more than 100 with Facebook," he said. However, he said these are small numbers far from resolving the extraordinary drops in revenues that the media have suffered. "Although we welcome these initiatives, we consider them insufficient," he emphasized.

"We are aware of the risks involved in regulations. Regulation is often an instrument of governments to stifle us. But, also, the strategy of the platforms is often the same in all markets, to delay discussions," Dessein added.

From the Media Institute of the Caribbean, Kiran Maharaj considered that the media had to "resort to the banks and the private sector" to alleviate the crisis and thought that now it is necessary to turn to the legislative arena to ensure that there are clear rules for journalism.

"We have to work with governments, civil society, and educators. We must inform society about what is happening and our challenges," added Maharaj.

Finally, Rafael Inchausti, from the National Association of Uruguayan Broadcasters, considered that the change from the analog to the digital world generated the existence of powerful communication platforms that acquired enormous economic power.

"They have a dominant position in the world. That phenomenon caused the old audiovisual sectors that operated up to that moment (cinema, television) to undergo transformation processes to face these platforms. As a result, the small local and national media saw their very existence threatened," he said.

He said that it is essential for states to promote legislation to erect (protection) barriers so that the media can fulfill their functions.