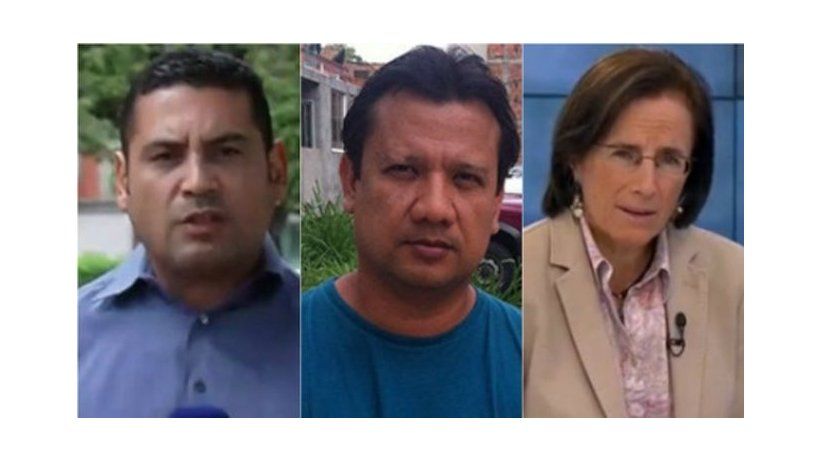 MIAMI, Florida (May 25, 2016)—The Inter American Press Association (IAPA) today described the disappearance of three journalists in Colombia as a serious violation of the right to freedom and movement of the press and repeated its request to the authorities to take every in-depth step necessary to determine the whereabouts of the reporters.

Reporter Diego D'Pablos and cameraman Carlos Melo of the RCN television channel have been missing since Monday (May 23) in the Catatumbo area, north of Santander in the northeast of Colombia, where they had gone to cover the disappearance last Saturday of their female colleague Salud Hernández-Mora, correspondent of the Spanish newspaper El Mundo and columnist of El Tiempo of Bogotá. RCN mentioned in a press release the "possible kidnapping" of its journalists.

"We greatly repudiate the serious violation of the right to freedom and movement of the press to report and for journalists to be able to effectively carry out their work," declared the chairman of the IAPA's Committee on Freedom of the Press and Information, Claudio Paolillo, who added, "At this time what most concerns us is that journalists Salud Hernández-Mora, Diego D'Pablos and Carlos Melo be found safe and their whereabouts be immediately located."

Paolillo, editor of the Montevideo, Uruguay, weekly Búsqueda, said that "we the media and press and human rights organizations now have the responsibility of raising our voice and continue very strongly denouncing these violations so as to demand that there be ensured and respected the right to press freedom and the lives of journalists."

"We remind the government of its obligation and call on it to take all the necessary and in-depth steps to determine the safe whereabouts of the journalists" he added.

The Catatumbo area is controlled by the National Liberation Army (ELN), and also operating there are other anti-government groups the FARC and Popular Liberation Army (EPL), as well as drug traffickers. On Monday a group of journalists was briefly held by unidentified assailants who seized their cell phones and cameras, and some of the equipment was damaged.

One of those held, Diego Velosa of the television channel Caracol TV, reported that the assailants identified themselves as members of the ELN and accused the journalists of spying and going to the area without permission and told them they were holding the two RCN journalists, D'Pablos and Melo, information that so far has not been confirmed.