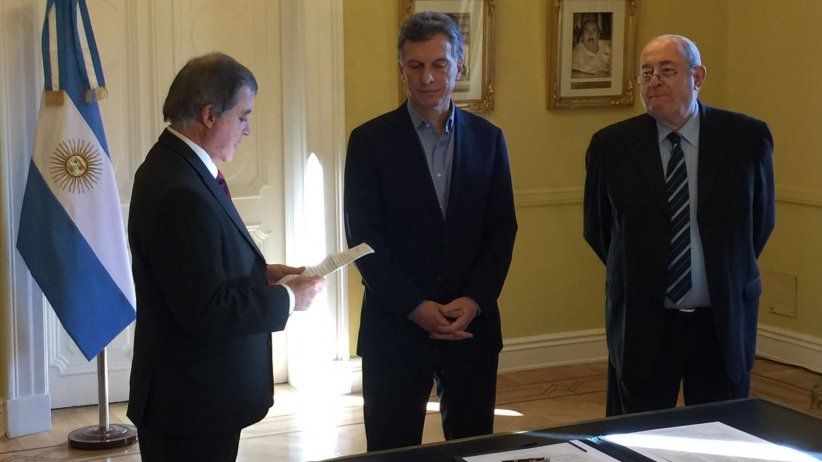 Aa
Downloads
0
0
Tweet
$.-
Speech by Claudio Paolillo
Chairman of the IAPA Committee on Freedom of the Press and Information
Ceremony of Signing of Declaration of Chapultepec by President Mauricio Macri
Casa Rosada, Buenos Aires, Argentina
August 2, 2016
Mr. President,
First may I, on behalf of the Inter American Press Association and also in the name of the human right to freedom of expression, thank you for having agreed to receive us this afternoon at the Casa Rosada for his ceremony of great real and symbolic significance.
Argentina has kept us busy and concerned during the three periods of government that preceded yours, Mr. President.
They made us work a great deal. And that was not good news for Argentina. During our twice-yearly membership meetings the representatives of all the nations of the Americas and the Caribbean gave reports on the state of press freedom in each country. There are some who arrive and speak for barely one of two minutes: they limit themselves to report "in my country press freedom reigns." And they come down from the podium. Those are the reports that we like most.
Others are 30 or 45 minutes telling those attending about the tragedies that media and journalists must face in their respective countries for the most varied violations of freedom of expression that you can imagine. Unfortunately, in the last 12 years the Argentine delegates were among this group.
During the last 12 years, Mr. President, seven of the 10 points that comprise the freedom of expression principles expressed in the Declaration of Chapultepec that you have just signed were violated in Argentina by the governments or by officials or pro-government militants funded by public monies.
They violated the Principle 2, because there were notorious restrictions to journalists and members of the pubic in general being able to exercise their right to seek and receive information, express opinions and disseminate freely.
They violated the Principle 3, because the authorities did not put at the disposal of the members of the public in a timely and equitable manner the information generated by the public sector.
They violated the Principle 4, Mr. President, because there were pressures, acts of intimidation and verbal and physical violence against independent or critical journalists, as well as material destruction of news media. And because the aggressors remained unpunished.
They also violated the Principle 5, because the governments imposed obstacles of all kinds to the free flow of information.
They violated, flagrantly, the Principle 6, according to which "the media and journalists should neither be discriminated against nor favored because of what they write or say."
They violated the Principle 7, because licenses for the importation of paper or news-gathering equipment, the assigning of radio and television frequencies and the granting or withdrawal of government advertising may not be used to reward or punish the media or individual journalists according to their editorial stance.
And they violated, Mr. President, the Principle 10, because there were news media and journalists punished for disseminating the truth and for making criticisms or denunciations of those in power.
Between the years 2003 and 2015 the IAPA sent six missions to Argentina to speak with the victims of the attacks upon freedom of the press, promote this right and carry out public pronouncements. On all the occasions we requested, almost begged for, Presidents Kirchner who came before you, to establish some kind of dialogue so as to talk about these problems.
We never were received.
We issued 51 press releases about various violations of freedom of expression, we approved at our membership meetings 41 resolutions which were sent to the governments, but we never received any response other than insults, and we issued 26 reports on the conditions under which the press and independent or critical journalists were working throughout this period.
For us this act in which with your signature you commit yourself, Mr. President, to respect these basic principles for the existence of a free press is of enormous importance. For us, but especially for Argentina and for all of the Americas, because Argentina is an inevitable reference for all the region.
In some way, as after many years Argentina has returned to the international financial markets, this act also symbolizes Argentina's return to the group of countries where a free journalism reigns, without harassment from those in power, without persecutions, without discrimination and without "escraches" (demonstrations) aired in obligatory television broadcasts against those who think differently.
We trust in you, Mr. President that this commitment that you have assumed on signing the Declaration of Chapultepec will hold well during your term of office.
That it may be so.